The Storm Gathers in Washington State

No, No, its not a rainstorm.  Like that’s something worth blogging about, Ha Ha.  It’s also not our women’s basketball team, “The Storm.”  This is a much worse kind of storm.

On April 15, 2009, the WA state legislature passed SB5688, the  DP expansion bill.  The bill expands the Domestic Partner benefits to be on par with Marriage.    The bill is currently awaiting the signature of the governor.

This week, on April 22 2009, The Stranger, Seattle’s only newspaper, published “Parasite Pastor”  on the emerging effort to bring the question of repealing the these benefits to the ballot box.  The new effort is being coordinated by the Faith and Freedom Network. 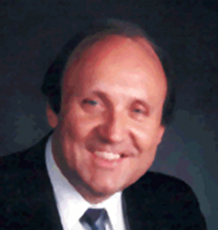 Oh Jeez, isn’t this a familiar story.  Let me just take a shot in the dark here.  I see a man who in previous days was, let’s say, a little too chummy with “the boys”.  Faced with the self-hatred inducing disapproval of the church, even in his own teachings, I’m guessing, he’s a closet case.  Rather than accept what he is, he’s expressing his own self-hatred by doing his part to keep the gays down. I’m seeing shades of former Florida State Representative Bob Allen.  Remember him? Closeted self-hating closet case cracks down on gay rights, gets strung up by own petard on a park bathroom. *rolls eyes*, I’ll need to look in to this more.  Perhaps Lane Hudson can find us some juicy IM chat logs from Randall. 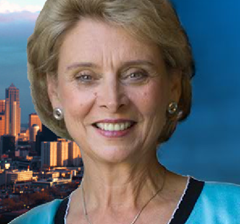 Coming back to rainy Washington, this initiative is apparently already raising money and will start gathering signatures once Kick-Ass-Governor Christine Gregoire (right), signs the new DP bill.  You’ll notice I haven’t yet used words like “Initiative”, “Proposition”, “Amendment”, or “Referendum”.  That’s because as of yet, its not yet clear which one it will be.

In Washington state, we spend most of our time passive aggressively bitching about the rain, smugly looking down our noses at California, arguing over the Monorail year after year and then doing nothing about it, and drinking lots of snooty over-caffeinated coffee, er, Espresso.  We’re very, very uptight.  So, just like everything else here in Seattle, our system for “Power to the People!” i.e., taking things to the ballot box, is over engineered and  ridiculously complex.  There’s actually 3 options here, as explained to me:

Viva La Revolution! Just fill out one of these forms…

This referendum takes the decisions of the executive and legislative branches to the ballot box. The No on Prop 8 people cite wrong-way ballots as a problem due to the “No” vote required to keep gay marriage.  In Washington, it will be the reverse.  This would put the following question to the people:

“Do you want to keep the new DP bill that both houses in the legislature passed and the governor signed?  Yes or No.”

So, we’ve got a “Yes campaign”.  You’ll need to vote Yes on it.  So, even though we’re fighting the initiative or referendum, you must vote YES on it.  I suspect we’ll have our own wrong-way problem.

The plus side is we can say “Yes!  I approve of equality for all!”, “Yes to Gay Marriage”  “Yes, Gay Marriages for everyone, whether you like it or not!!!”

The Referendum would require gathering about 90k signatures within 90 days after the legislative session ends.

The first kind of initiative that can be created is one to enact a repeal of ALL DP benefits.  This would invalidate DP benefits in all Washington laws.    The impact to LGBT couples would be disastrous.  Not to mention the complexity of dealing with existing DPs and how employers would be required to deal with this. This would be a huge step backward.

This would require approximately 240 thousand signatures before 90 days after the legislative session ends.

This option would not be on the ballot until 2010.   I’m still not clear on what happens if the legislature does not have the votes to pass it.  I’ll report more on exactly how this works soon.

We’re starting to get the wheels rolling on defeating this attempt at bigotry and we’ll need as much support as we can get.  Hopefully we can have a successful “Decline to Sign” campaign and it will never reach the ballot.  We’re also tracking them to see if this is a war-chest building effort for future tyranny.

One thing we learned from California, is that complacency and starting late can kill us.  So, if you have friends or family in Washington state, start now, give them a ring, share your story with them, and tell them that this is important to you.

This is stake in the ground, lets learn how to win these battles!    Let’s use the lessons learned from Prop 8 and improve our game*.

* Hopefully someone from the No on Prop 8 tech team will put drive and share the results report of a post mortem report like the campaign leadership did.  I’m surprised, I would have expected the reverse.  *nudge* *nudge*

Stay tuned! Find out what happens next in the next episode…

This entry was posted in Uncategorized. Bookmark the permalink.